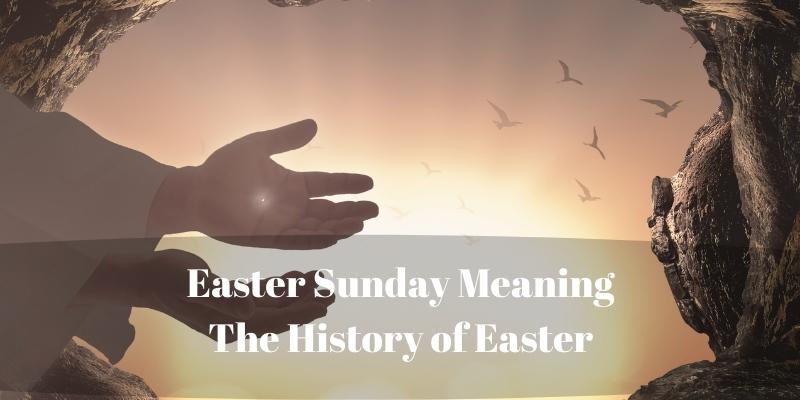 God completes through His Son made Man – our Saviour Jesus Christ, His New Covenant. He is, as the Apostle Paul says, creating a better testament. Jesus Christ, the Archpriest of the New Testament, Servant of the actual altar and tabernacle, which God and not man has planted, establishes the New Law in His sacrifice. The Last Supper is celebrated on the eve of the sacrifice on the Cross because the Cross has its source. The Saviour takes the bread, gives thanks, breaks it, and gives it to the disciples. But when did Easter Sunday occur?

The Law of Sinai, completed by the sacrifice by the blood of the Covenant, encompassed the entire religious structure of the Old Testament. And the New Covenant, concluded in the blood of Christ, includes its entire spiritual order. It is understood that the feast, the time or day of remembrance, and the continuous updating of the Covenant, are also part of this arrangement. For the time is, as has been shown, united with the fact, with the revealed event. And the Saviour, in concluding His Covenant, has commanded to this end: Do this in remembrance of Me.

What is the spiritual meaning of Easter?

The Resurrection is the oldest and most important feast of Christianity. It is the one miracle shown to all, believers and non-believers alike. Every year during Passion Week, Christians commemorate through fasting and prayer. The Passion and Crucifixion of Jesus Christ, and on Easter Sunday, the holy day of Easter. They celebrate the Resurrection of Jesus, who brought to mankind the hope of salvation and eternal life through His sacrifice.

According to historical scholars, the spiritual meaning of Easter represents the Passions of Christ. Easter marks the Lord’s Resurrection miracle and brings peace of mind and closeness to family. The spirit of the feast is preserved throughout the world by the Saturday evening service of receiving the Holy Light and the Christian greeting “Christ is risen!”

The Jewish Passover took place on the night of the 14th – 15th of Nisan, when there was a full moon and was first celebrated by the Jews around 1400 BC. The Hebrew word Pesah of the ancient Jews signified the passage or bringing of the world by God from non-being to being, and then told the passage of the Israelite people from Egyptian bondage to freedom.

What does the Bible say about Jesus’ resurrection?

Since 0033 AD, the Jewish Passover has coincided with the passion, crucifixion, and resurrection of Jesus, which was the foundation of the Christian Church. These events for Christians will also be called Easter. If the paschal lamb has since prefigured the sacrifice and sacrifice on the cross of the Saviour Jesus Christ, Easter has continued to represent for Christians a passage: from death to life, but also a quote from the bondage of sin to the state of human freedom. This explains why the Christian religion took the term Easter from the Hebrew religion.

The Bible states that the resurrection of Jesus is cause for rejoicing because the scriptures have been fulfilled. The series of events after the Last Supper, when Jesus goes to the Garden of Gethsemane at the foot of the Mount of Olives, leaves his disciples at the entrance, taking only Peter, James, and John with him. He confesses to God his fear and trust in Him, and the moment Jesus Christ is struck, beaten, and crowned with thorns, then follows the Way of the Cross and His Crucifixion.

For Christians, the feast of Easter encompasses the three days of Christ’s Crucifixion, Death, and Resurrection, which are remembered in the church from Holy Thursday to Resurrection and Easter Sunday. For the early Christians, the Death of the Lord or the Easter of the Cross was a day of sorrow on which extended fasting was observed until the day of the Resurrection, and the night of Easter was spent in churches in vigil and prayer.

What is the History of Easter?

Easter is the most important Christian holiday, first celebrated around 1400 BC. Although many still celebrate Easter today, for many, it has nothing to do with God. It is just an occasion for eating and drinking.

The Christian Easter derives and finds its history from the Jewish Passover, called Pesach, the original word for Easter. For the first time, Easter was celebrated around 1400 BC. On this date, the Jews left Egypt with God’s help. Scripture in the Old Testament book of Exodus gives us God’s instructions for celebrating Passover during the time of Moses. The ancient Jews remembered that God had rescued them from their bondage in Egypt.

As far as Christians are concerned, God renewed the covenant made with the Israelites, this time not through a man, Moses, but His Son, Jesus the Messiah. The new covenant is no longer a covenant made only with the Jews. But with all peoples who want to receive forgiveness of sins through the sacrifice of Jesus Christ. The old covenant bore the seal of the blood of a lamb to be sacrificed at Passover according to God’s instructions.

Why Easter Sunday is important?

The Feast of the Resurrection of Christ is the most sumptuous feast for Christians. A religious holiday found, with different meanings, in Christianity and Judaism.

Easter Sunday is essential because Easter is one of the most critical annual Christian holidays. We are commemorating the event of Christianity, the Resurrection of Jesus Christ. The Son of God in Christian religions, on the third day after His crucifixion on Good Friday. The beginning of Easter marks the start of the Christian church year.

Christians make many preparations for Easter night and Easter Day. They dye eggs, cook traditional dishes, clean and dress for church. It is said by the elders that on the night of the Resurrection, the heavens open, not only for the Holy Spirit to descend upon the faithful but also to allow them to unite with the Lord in spirit.

What is the true meaning of Easter Sunday?

The Bible says that a few days after the solemn entry into Jerusalem precedes the Resurrection. The purpose of this feast is to remember the passion vividly—the death and resurrection of Jesus Christ.

The Resurrection of the Messiah is the true meaning of Easter Sunday and marks it as Christianity’s oldest and most important feast. Because it brought mankind the hope of salvation and eternal life through the sacrifice of Jesus Christ. Jesus, the Son of the Highest, was resurrected on Easter Sunday.

On Easter Sunday, the third day after the Scriptures, the women bearing the ointment found the tomb of the Saviour empty. Against all those who accused and mocked him, calling him the King of the Jews. A king crowned with thorns, a king whose throne was a Cross. The Bible says that forsaken by his own, guarded under a heavy stone slab, Christ won the most brilliant victory ever seen over death and human wickedness.

“We know that being raised from the dead, Christ will never die again; death no longer has dominion over Him.” What is the best way to celebrate Easter Sunday?

The Feast of the Resurrection is the greatest, most joyful, and solemn of all the year’s feasts. Resurrection and Easter Sunday govern the entire moving cycle of feasts of the Church year. They remind us of our passage from darkness to light and from death to life.

The best way to celebrate Easter is by being joyful and giving joy to others. At Easter, no one needs to be sad or cry. Joy is the prevailing feeling of the Resurrection. People put on new, brightly colored clothes and prepare traditional dishes.

Easter is Christianity’s oldest and most important feast, celebrated around 1400 BC. But the awakening of nature to life symbolizes and marks the new life Christians gained through the crucifixion and resurrection of Jesus.

What are some weird Easter traditions?

The feast of the Resurrection is accompanied, according to an ancient tradition, by the appearance of red and boiled eggs. The rites of the egg, as a symbol of the world’s creation, can be found throughout history. Among the Persians, the Nordic peoples, as well as those of Slavic origin. The Egyptians associated them with spring festivals. After the retreat of the Nile, they offered eggs as a sacrifice to their gods.

Some weird Easter traditions that are not biblically connected to Jesus are the following:

Christians have kept this symbol in their worship and linked it to the mystery of the Passion. It is said that during the agony of the crucified Saviour. Mary and Mary Magdalene persuaded the city’s lords to stop the terrible tortures. Mary, meanwhile, had left a basket of eggs at Jesus’ feet. The blood flowing from his body turned all the eggs in the basket red. Since then, Mary and the apostles have habitually shared red eggs at every Resurrection feast.

Easter is one of the most critical annual Christian holidays, commemorating the actual event of Christianity. The Resurrection of Jesus Christ, considered the Son of God in Christian religions, on the third day after His crucifixion on Good Friday. The beginning of Easter marks the start of the Christian ecclesiastical year. Some Christian denominations do not celebrate Easter.

Easter fits into the prehistoric pattern of the symbolic rebirth of time and space through the sacrifice of the worshipped deity. It was substituted by a puppet, a human, animal, bird, bird’s egg, tree, or food plant. But few now consider that the feast in its various forms predates Christianity.