Every believer, sooner or later, wonders about the nature of miracles. In theology, the word “miracle” indicates an extraordinary event that goes beyond natural laws and results from God’s work. This term commonly defines an exceptional event that leaves a sense of amazement and wonder. Are you prepared to find out what are miracles?

On the facts considered miraculous over the centuries, a heated debate has developed between those who support their divine nature and those who prefer the rationalist approach to the phenomenon. The latter denies the truth that miracles are events of a supernatural nature.

Beyond the debate today, we want to find out more closely what miracles are and what they represent for Christians. Are you curious to find out? Then read on!

A miracle is an event present in all religions, from Christianity to Islam. For all the faithful, these events represent the omnipotence of God and are considered a way to be closer to him and his will.

In the New Testament, all the most important miracles are the work of Jesus. And are generally accompanied by a symbolic value. In many cases, Jesus refuses to perform miracles to attract new faithful and followers. One of the most extended cases to remember concerns the temptation of Satan in the desert. Who proposes to Jesus to change the stones into bread to demonstrate his greatness. As we know, Jesus refuses and shows his absolute opposition to using the miracle as a tool to convince people to follow Him and put their faith in him.

Even after the multiplication of the loaves, Jesus hid from the people who sought Him because he wanted to make him king. In addition to these examples, there could be many others, just as there are numerous times when Jesus himself asked the miraculous ones to remain silent and not tell anyone what had happened.

Representation of a New Testamental miracle 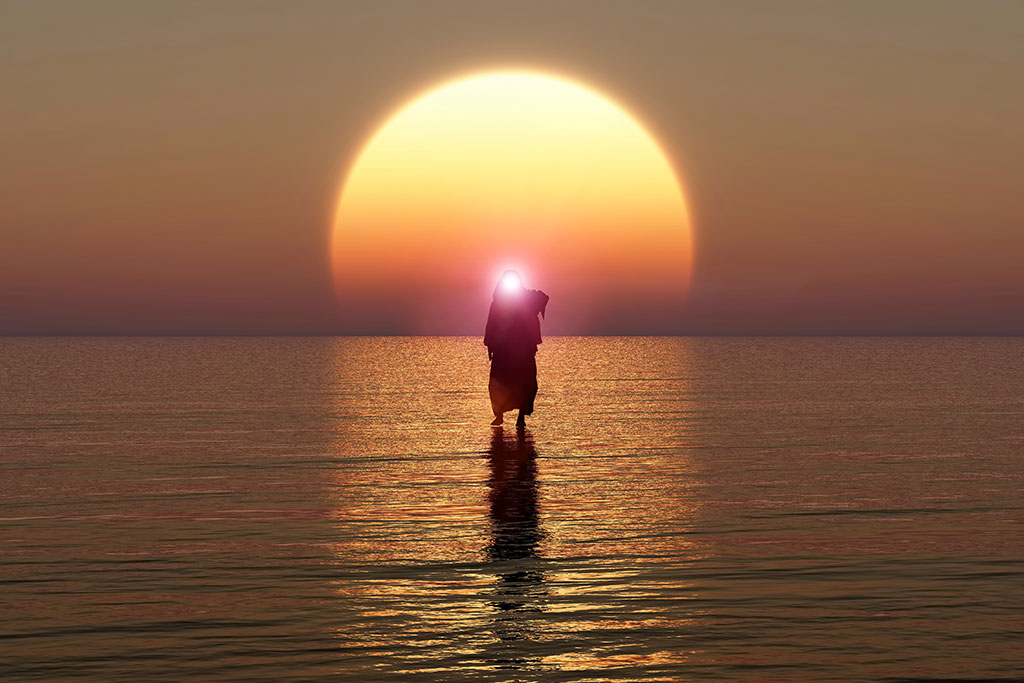 Miracles in the New Testament

Some miracles instead are the work of the Apostles and are attributed to the power that was granted to them by Jesus. This strength allowed them to witness their faith and announce the Kingdom of God.

Also, in the New Testament, we see the figure of Simon Magus appear, who can perform extraordinary actions considered real miracles by the witnesses.

In the scriptures, we can find four different names for miracles :

The supernatural works and signs of the Catholic Church

To ascertain the truth of the miracle, the church currently applies the procedure defined in 1983. In cases of unexplained healing, this procedure is based on an accurate analysis of the facts by a medical consultancy. Appointed by the Congregation, made up of specialists and believers. Are non-believers. The medical consultation analyzes whether the case under examination satisfies the seven criteria defined by Pope Benedict XIV. In the  De servorum beatification et beatorum canonization ( 1734).

Except for the miracles of Jesus contained in the canonical Gospels, the church does not impose the obligation to believe in any miracle.

The signs of God in Hinduism

Also, miracles are the testimony of the greatness of God. Not only in the Christian religion but also in the Hindu one. Looking at the sacred texts of Hinduism, numerous examples highlight the nature of miracles. From the appearance of a bridge over the ocean to allow the armies of Rāma. (One of the most important Hindu deities) to cross it to the divine rescue of Prahlada.  (A character from Hindu mythology). We can also tell about other miracles, such as the disappearance of the physical body of  Mīrābāī and  Andal. On their way to a temple sanctuary, Krishna (name of God Visnu) raised Parikshit from the dead.

Even recently, some miracles have occurred on the part of the God Ganesha (a God with the likeness of an elephant). Among the most important, we remember that of 21 September 1995. In different parts of the world – from Asia to the European and American Hindu communities. The divinity statues began to drink milk, causing a lot of amazement.

For centuries humanity has been asking this question: what are miracles? As we have told you, miraculously refers mainly to the spontaneous healing of diseases classified as incurable. For example, a paralyzed person suddenly resumes the functions of his limbs, even when the medicine has defined his physical situation as fatal. As you approach the reading of the Gospel, you will notice with some amazement that Jesus never shows himself as a ‘miraculous’ or a healer. As anticipated, Jesus never used his “power” to impress and force the faith of those who met him.

Also, this attitude may seem strange in this historical period rich in miraculousness and apparitions. He thinks of how many Christians are running in a desperate search for the last shade. So it is not difficult to run into fake holy men who delude themselves into being able to intercede for God. Therefore, let us remember that the miracle is placed in a context of proclamation and manifests the truthfulness of the word of Jesus.

Are you curious about this topic and want to know more about Jesus’ miracles? The best way is to read the Gospel and let yourself be guided by the events of the life of Jesus!

Is Halloween a Christian Holiday? | The Biblical Response